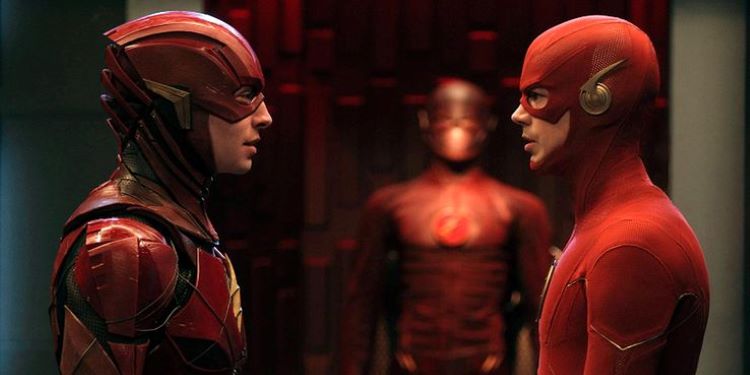 Even at thirty eleven years old I still enjoy Star Trek, Star Wars, comic books, and the properties based on them.

My favorite comic book story ever is called Crisis On Infinite Earths (it has been a poster on my wall and even a previous Facebook cover photo) which was recently translated into TV form.

It was very well done and had some great fan service and surprises.

the biggest one was this…

For those of you that went on dates in high school… that is the Flash from the DCEU movies on the DC TV show which amazingly was not leaked at all until it aired.

This was apparently a super last minute thing.

…this was after the episode was totally done with post production, the crew sent home, and everything was wrapped.

So what did the show runner of the crossover say?Something to the effect of “Doesn’t matter, I will figure it out and make it work”.See that’s the attitude that successful people have. When there is an opportunity they don’t think about how the reasons it won’t work… they just say yes and figure out what it takes to make it happen.I bet you know someone (or maybe its you) that has all the intelligence, all the skill, and every measurable tool you could imagine to be successful… but they just aren’t.

This is almost certainly why.

I have done fairly well for myself over the last 5 years or so… but I don’t have anything all that special or unique… I just got a couple of opportunities and I went for it.

Sure you might fail… but you definitely won’t succeed if you don’t take opportunities when they present themselves.

Stop thinking and worrying about everything that could go wrong.

Just go for it.

You owe it to yourself.

You owe it to the world.

Talk to you tomorrow.